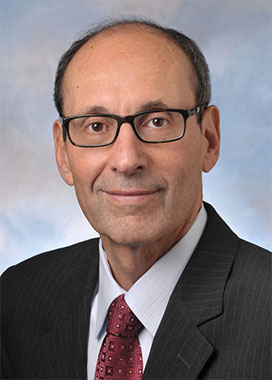 Charles Applebaum has been practicing since 1973. He started clerking for the Assignment Judge of Hudson County, and afterward became an associate of the Greenbaum firm (then known as Greenbaum Greenbaum Rowe and Smith). After a beneficial experience as a litigator, Mr. Applebaum concentrated his practice in commercial real estate. In addition to his own practice, he is of counsel to Zipp & Tannenbaum, LLC, a law firm specializing in real property taxation, redevelopment law and other real property litigation. At this firm, he continues his commercial real estate practice to complement the real estate tax appeal, condemnation and redevelopment work of the firm. He was a partner for 10 years at Greenbaum specializing in commercial and residential subdivisions, acquisitions, financings and land use applications.

Over the course of his career, Mr. Applebaum has also devoted time to educational matters and lecturing. In 1988 he was elected as a member of the American College of Real Estate Lawyers and was a chairman of the Essex County real estate committee and later also chairman (1989 to 1994, 1996, to 1997) of the Significant Literature and Publications Committee, Real Estate Division, Real Property Probate and Trust Section of the American Bar Association. In addition, he was an adjunct professor at both Rutgers Law School and Seton Hall Law School, teaching an upper class course in real estate. Mr. Applebaum has written numerous articles, co-authored a two volume New Jersey Forms Book, and lectured numerous times for the Institute of Continuing Legal Education. Below is a listing of those endeavors.

While at the Greenbaum firm, he earned an LL. M. in Taxation at New York University Law School, to complement his J.D. from Rutgers-Newark Law School and his B.A. from the University of Pennsylvania. Later on he left Greenbaum to become General Counsel to the M. Alfieri Organization. In addition to the commercial real estate work, Mr. Applebaum became well versed in commercial leasing at the Alfieri Organization which owned, managed and developed several million square feet of office and flex space. As general counsel he was responsible for administrative, corporate and litigation matters as well as commercial real estate including development, leasing and financing. After 12 years, he became General Counsel to Kara Homes Inc. and all of its affiliates and helped general counsel Kara Homes, which became one of the fastest growing and largest builders in the state. Four years later he became General Counsel to the Pinnacle Organization, a sophisticated developer of unique urban/suburban residential and commercial properties. Although still a consultant on a regular basis with Pinnacle, Mr. Applebaum started his own law firm in 2007, which is primarily limited to the practice of commercial real estate and expert testimony in Court on real estate related matters.